Cardano Blockchain is set to undergo its Shelly update in accordance with the roadmap of the project later in the month.

In a move that seems as if the platform is repositioning itself for the testnet, there has been a high-profile onboarding of new talent to the Cardano team.

Meanwhile, ADA, the native Token of Cardano is bullish and Coinmarket cap data shows that it has gained over 8% in the last 24 hours as at Wednesday, June 12 21:14 UTC. Other Cryptos are also in the greens with BNB and TRON leading other top Cryptos at a growth rate of over 6%.

About The Shelly Update 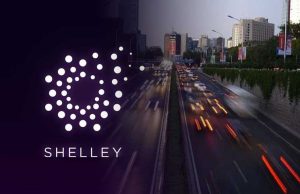 Charles Hoskinson, the co-founder, and CEO of Cardano, recently confirmed that the fork is due in the course of the month although there is still a likelihood that the upgrade could fall outside the expected timeframe.

However, Hoskinson has revealed that Cardano is 90% through with the ground works for the update from the design perspective. The main challenge that the team is grappling with is implementation. Additionally, there is still work to be done on the staking pools which require ample time for testing.

The Cardano team wants to have everything ready by the time they announce the implementation of the Shelly update.

Features Of The Fork

The Shelly fork is set to make the ecosystem fully decentralized and completely autonomous according to Crypto industry players.

In regards to being fully decentralized, Shelly developers have created 100 staking pools. This feature will transform Cardano to be the most decentralized Blockchain platform in the world.

Cardano Team Is Being Reorganized

The development team is being reorganized to make the Shelly implementation successful. For instance, a new director of marketing and communication on the global space has been recruited. In an announcement on Monday, Cardano announced the appointment of Bakyt Azimkanov to popularize the platform as Justin Sun has achieved for Tron. Bakyt has the relevant experience having served in E&Y in a similar position.

Additionally, should the current bull momentum continue, ADA could easily replace Stellar (XLM) with a market cap of $2,443,653,700 to gain a spot at the top 10 strongest Digital Assets which are; BTC, ETH, XRP, LTC, BCH, EOS, BNB, USDT, and BSV.

ADA hit an all-time high of $1.15 per Token on January 05 2018 at 00.41 UTC. In the rest of the year, the ADA/USD pair crashed like all the other Cryptos. Due to the recovery of Bitcoin, renewed investor confidence in the market, and increased Blockchain adoption, 2019 is being characterized by a market-wide rally and ADA is also on an upward trend.