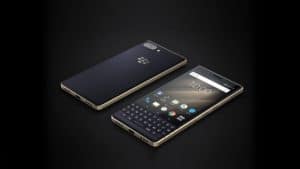 Smartphone maker BlackBerry on Tuesday announced a licensing partnership with Texas-based OnwardMobility and Foxconn-subsidiary FIH Mobile, to deliver a new 5G BlackBerry Android smartphone with a physical keyboard in North America and Europe in the first half of 2021.  In February this year, Chinese electronics group TCL and BlackBerry had confirmed that they had parted […]

Last year Microsoft showcased the upcoming Microsoft Surface Duo. This time around the tech giant has confirmed that the dual-screen Android phone will be launched on 10th September and it goes on pre-order starting today. Despite having a generation old internals, the Surface Duo is truly a unique foldable smartphone. The dimensions of the unfolded […]